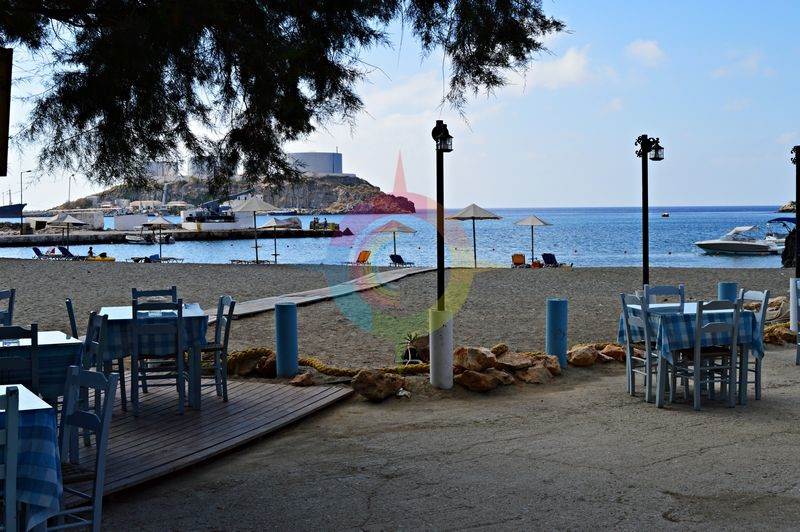 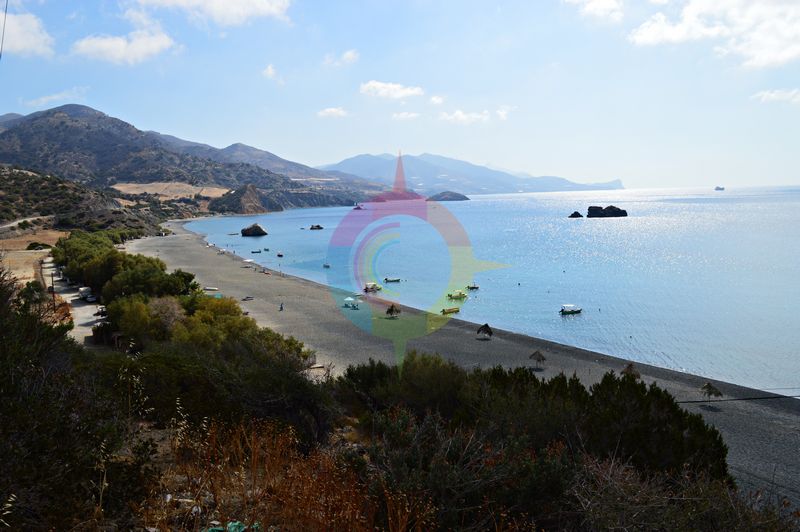 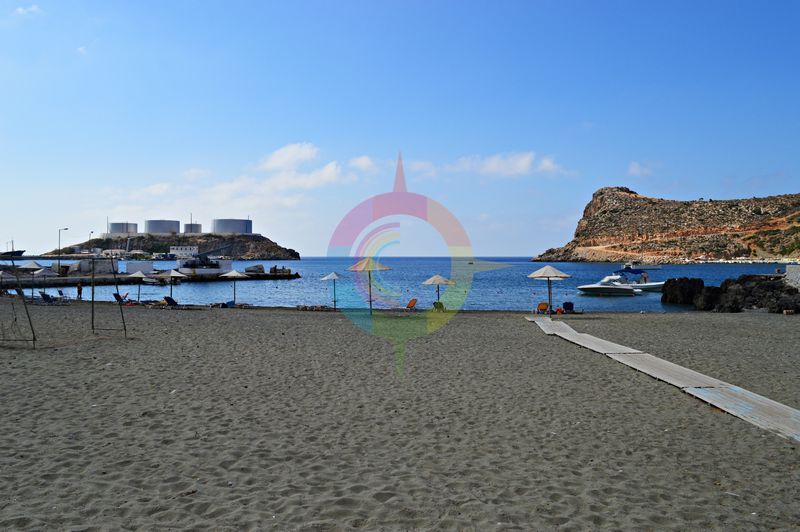 Oil reservoirs of SEKA (owned by the Vardinogiannis family) are on the island opposite the settlement. The island is called Mikro Nisi or Apostolos Pavlos by the locals. The reservoirs are there from 1961 and work as a refueling stop of ships that cross the Mediterranean. Even if they disturb the tranquility of the view and area, there is not any ecological pollution.

There is also another island called Megalo Nisi or Mpompiano Island in the south-west of the village.

Administratively it is included in the Festos municipality and, according the 2001, 71 people live in the village.

The organized beach of the area is in front of the settlement and it is a sandy and pebbly beach. There are taverns, mini markets and coffee houses beneath the beach.

The largest beach in the area is in the east and its length is 1 kilometer. It is a pebbly beach and there are many tamarixes. The beach is on the road from Kaloi Limenes to the coastal settlement of Chrisostomos. The Karavovrisi beach is in the 2nd kilometer of the same road. The sandy beach can be accessed by a small path and it is not organized.

All the beaches are almost always calm, as the name of the village suggests, and that is why it is an ideal destination for the winter swimmers.

The name of the village is ancient and it is mentioned in the Acts of the Apostles, as it was the place where Pavlos the Apostle disembarked when he was taken to Rome.

Many ships in Kaloi Limenes smuggled during the Venetian Occupation, as it is stated in Vasilikata.

The ruins of the ancient city of Lasaia are in the east of the settlement, in the area of Chrisostomos. It flourished during the Roman era and it was a port of the ancient Gortyna. This city is mentioned on the Roman coins as Thalassa (i.e. Sea) and Alasa and Lasos elsewhere.

A beach party is taken place in the Psili Ammos beach, in front of the Kaloi Limenes settlement, in August. 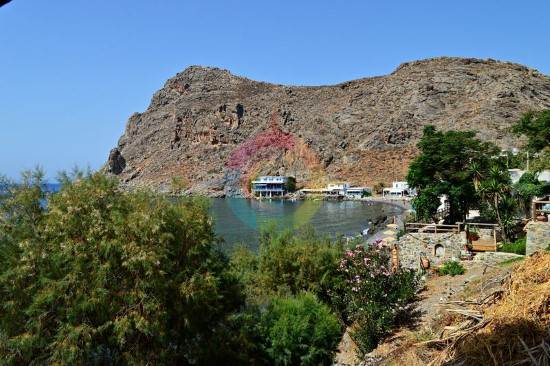 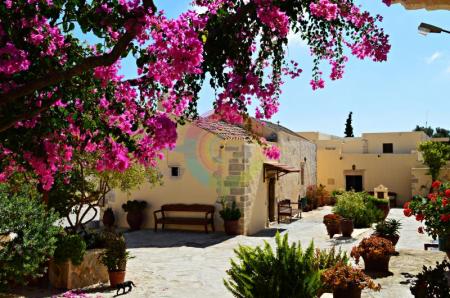 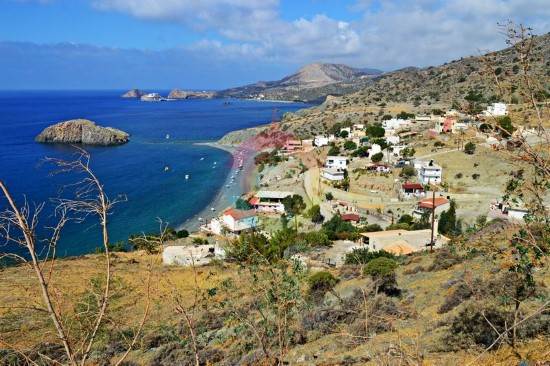 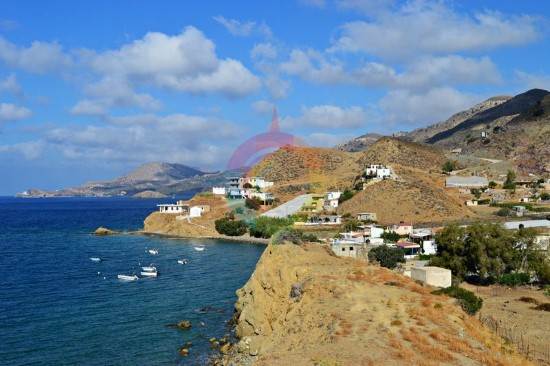 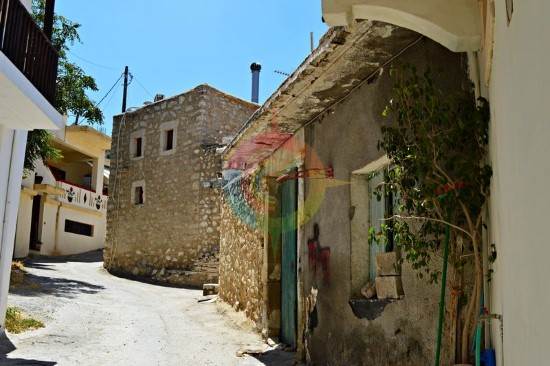 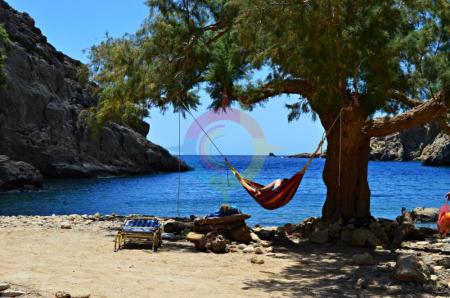 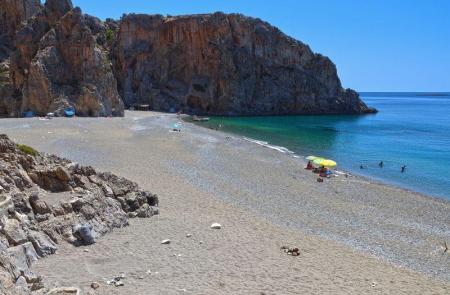 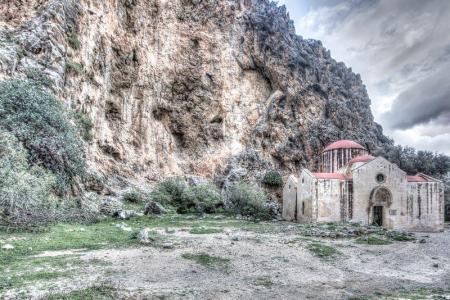