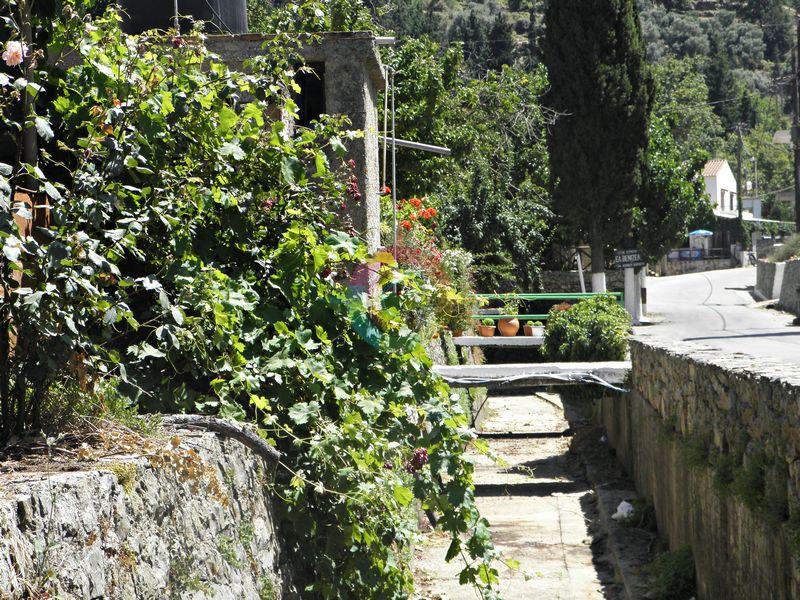 The picturesque Theriso settlement is on the foot of the Lefka Mountains, 16 kilometers from Chania, in a very green area. In order to visit it, you have to go through the Theriso gorge that is 6 kilometers long. The road is narrow but asphalted.

Theriso is famous for its beauty and its rich and important history. The mother of Eleftherios Venizelos came from the settlement. The great politician started the 1905 Revolution from Theriso. A house that was used as headquarters then is in the village and can be visited. A museum related to the Cretan Revolution is also in the village.

There are many taverns and coffeehouses along the central street where you can sit and rest under the large trees of the area.

There is a safe climbing spot with 4 sections in the Theriso gorge. You can climb on Pachnes (2.500 meters above the sea level), the highest top of the Lefka Mountains, through Therisο. The Kato Sarakina or Elliniko cavern is 2 kilometers in the north of the settlement in where potsherds from the Neolithic, Minoan and Geometrical Eras have been found.

Theriso played an important role in the Cretan Revolution due to its geographical position as it is naturally fortified. During the Turkish Occupation, under Latif pasha, 5000 Ottomans tried to attack Theriso. 300 rebels were in the entrance of the gorge. Many battles were held in that place and 500 Turks were killed.

The village was destroyed in 1866 by Moustafa Naili pasha. Stiliani Ploumidaki, the mother of Eleftherios Venizelos, who came from the village, was forced to move out in 1866, after its conquest by the pasha.

Many years after the liberation from the Turks, in 1905, Eleftherios Venizelos proclaimed a revolution against Prince George in order Crete to be united with Greece. A temporary government under Venizelos was formed in the settlement then.