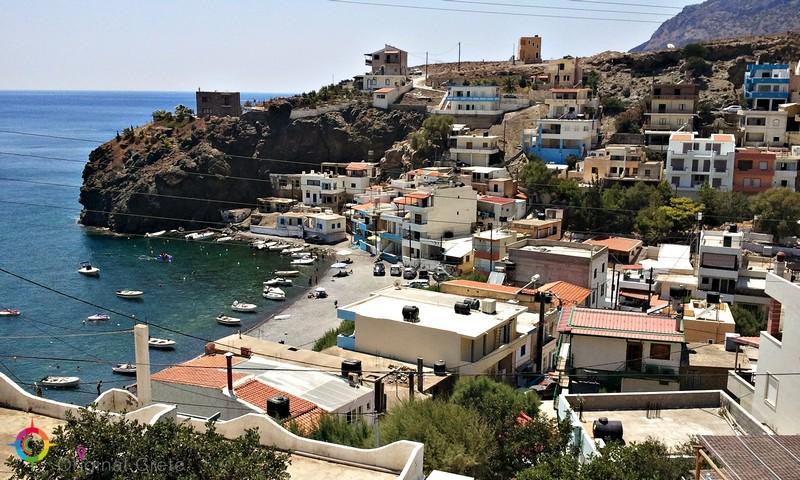 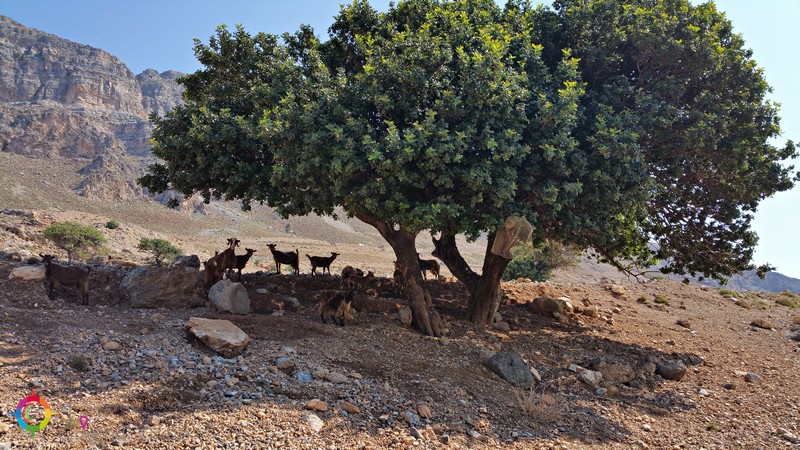 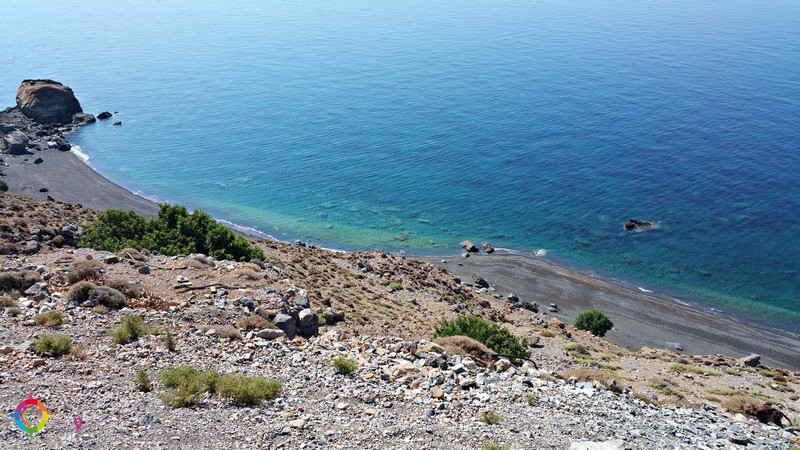 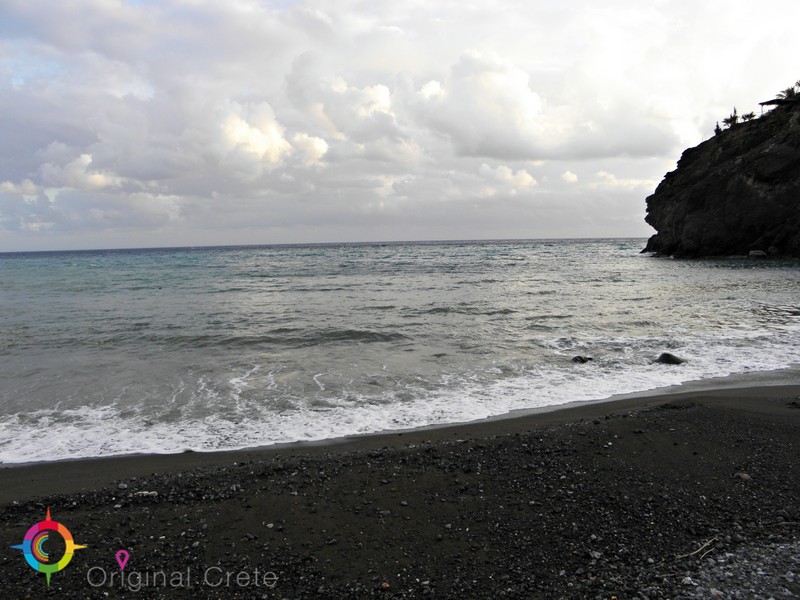 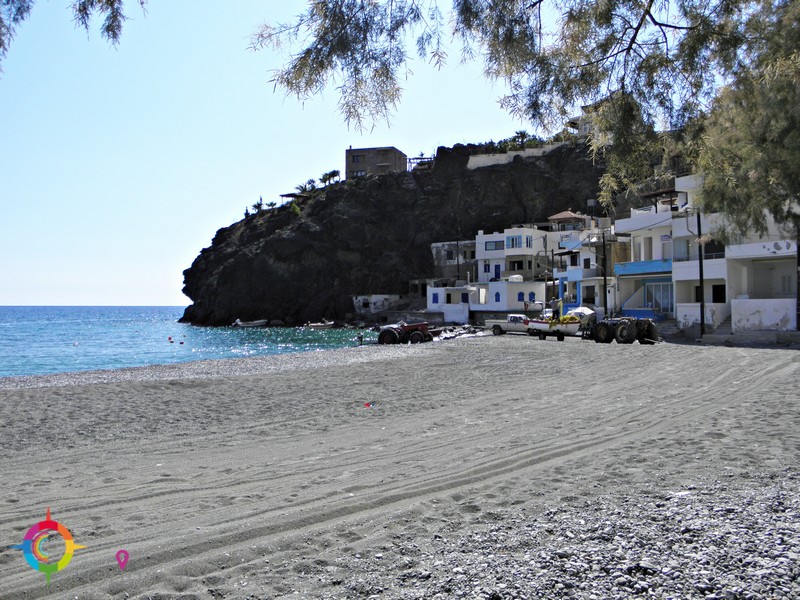 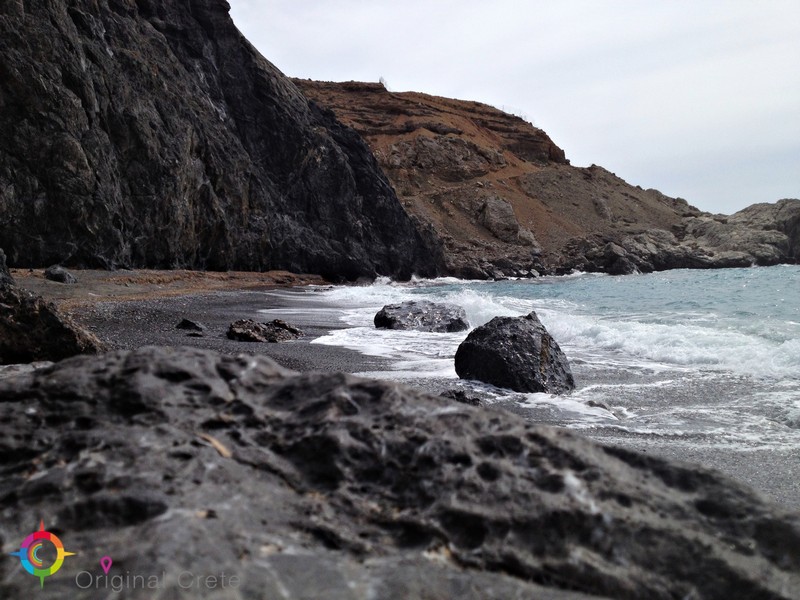 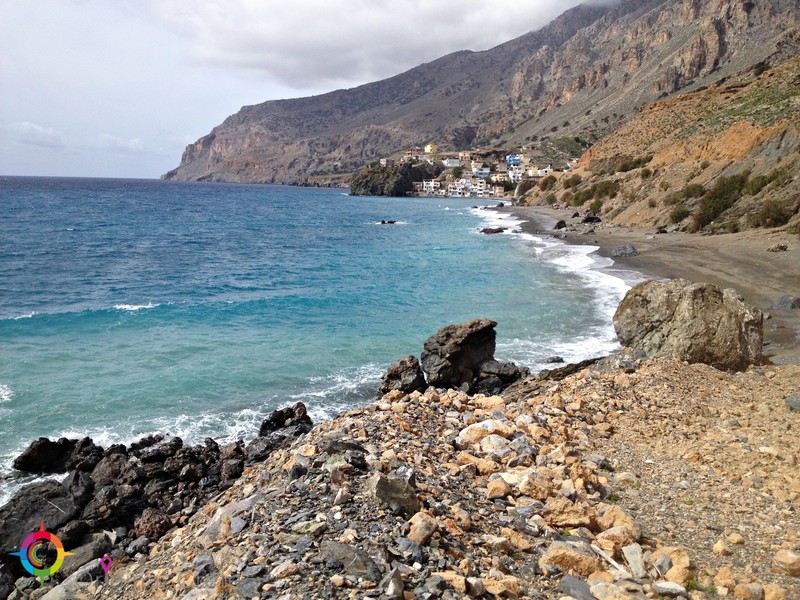 The Treis Ekklisies (i.e. three churches) coastal settlement is behind the imposing Asterousia Mountains in the end of the Ampas gorge. It is an area that makes visitors feel awe but the people’s intervention has been destructive. The unordered building ruins the natural beauty of the area. But there are some of its parts that remain virgin and beaches that will definitely fascinate you.

Treis Ekklisies is about 64 kilometres in the south of Heraklion and can be reached through the settlements of Charakas and Paranimfoi. The road from Paranimfoi to the coastal village is about 12 kilometres on anasphalt road.

The settlement is between two rocks that are called Kolovrechtis and Mpourouni (see Traditional Stories), while the beautiful, sandy and pebbly beach is in front of it.

There are many beautiful and more isolated beaches in the east and west of the settlement. The Krigia Vlichada, Tragopiasti and Vouidomati beaches are in the east and can be visited by car through a dirt road. There are also many other beaches that you can visit by boat. The large and amazing Ornio beach is in the west. If you have a boat, you can go in the west, in the beaches of Larida, Gaidarou Pidos, Alikes or swim in the beautiful caves with the blue-green water between Treis Ekklisies and the Koudouma Monastery.

The name of the settlement came from the three churches of Panagia, Afenti Christou and Agios Georgios.

As we mentioned before, there is a rock in the settlement that is called Mpourouni. If you look at it from the eastern side of the beach, you can make out the profile of a woman. It is said that, in the past, there was a couple from the village that loved each other very much, but the war came between them. The man had to go and fight in the war. The war ended but he did not come back… The woman used to climb that high rock every day waiting for her beloved. As the years were passing by, the woman got old and started to feel her end. So she climbed the Mpourouni rock for the last time and pleased God to petrify her in that very spot in order to see her husband’s return. God heard her praying and left her there forever… 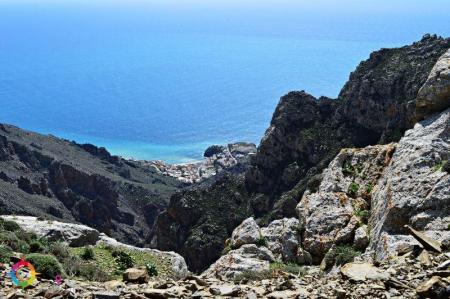