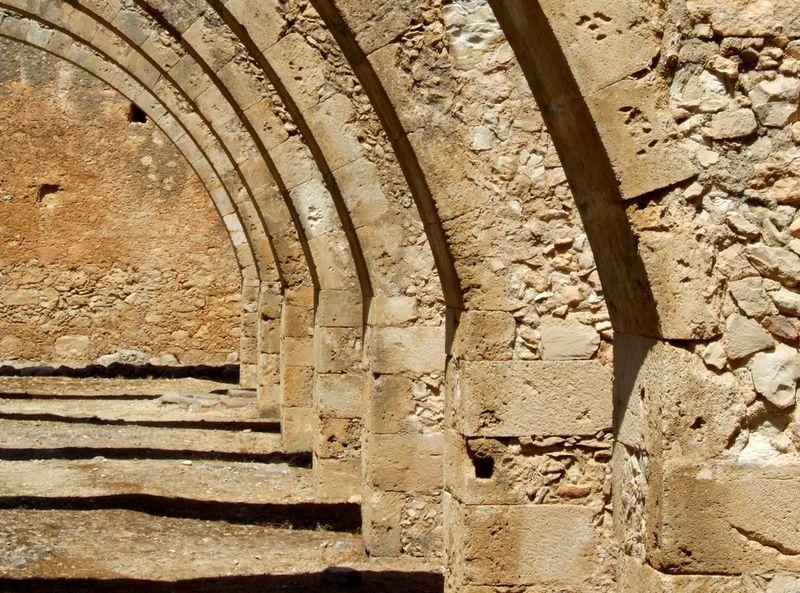 The semi-mountainous settlement of Vamos is in the former province of Apokoronas of the Chania prefecture and famous for maintaining its traditional features.

The picturesque settlement has been under a touristic development in the last years maintaining the architecture and the culture of the area. The old traditional, stone street along which is the old neighborhood with its buildings is in the village. The houses of the village are small and large luxurious houses, the arched houses or “konakia” as they are called. Their common feature is their local building materials and their traditional style.

The restored school and the old girls’ school that, today, is the guest house and shelters the Environmental Information Center are very interesting.

The ruins of the old Panagia Monastery, where the Venetian village of Karidi Kartsomado was, are near the village. The Venetian Karidi Agiou Georgiou settlement is also near and from which only a Venetian mansion and a few houses are preserved. The Agios Georgios Monastery or Karidi Monastery is also in that settlement. An amazing oil press with twelve rooms is in the monastery. The foundations of the four stone mills are preserved but not the roof.

A bakery, a supermarket, a butcher’s shop, a post office, a health center, gas stations, a bank etc are in the settlement.

According to the 2011 census, 706 people live in Vamos. The residents organize many activities based on the tradition of the area in order the visitor to have a full image of the life of the settlement.

Vamos was possibly inhabited for the first time in the 8th century by Arab pirates.

The village is stated in the 1573 Venetian census.

It was the seat of the former Sfakia prefecture and the command of the Turkish army in 1866. The luxurious buildings with the neoclassical features were built in the same period. There were headquarters, barracks, store rooms, schools and mosque in Vamos (as in all the prefectural seats) and was the seat of the judicial, economical and army authorities of the Ottoman administration of the area. That is why Vamos was attacked many times by the Cretan rebels.

The Agios Nikolaos and Agios Georgios churches are in the settlement.

Painting, handicraft, photography, ceramics and other exhibitions are held every year in the exhibition room “Ksompli” of the Liakoto coffeehouse, in Vamos. You can also visit the local productions and help the collection of the products.

The visitors can also have cooking classes in order to learn the Cretan cuisine.