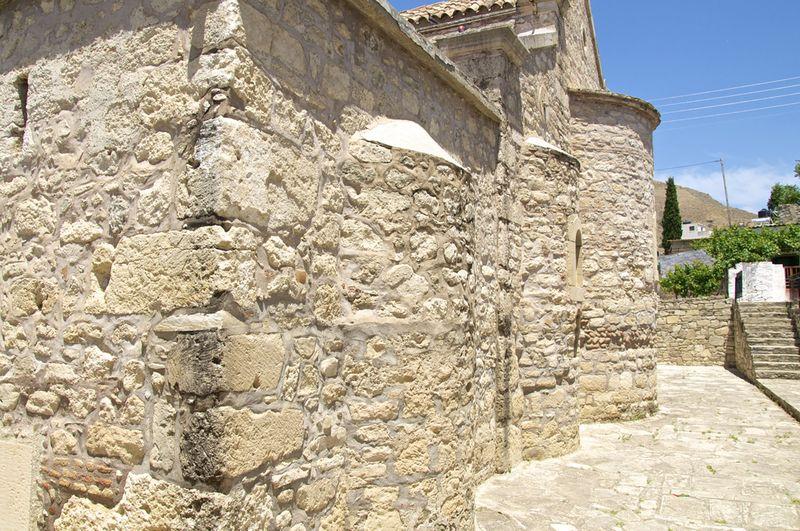 Agioi Deka is one of the most important villages in Mesara archaeologically and the ruins of the ancient city of Gortyna are there.

The small Filakeion museum is in the south-west of the village and statues, inscriptions and marble findings from the ancient Gortyna are kept there.

The settlement is built between beautiful olive groves. It is very usual to find ancient objects in the cultivated fields.

The village is 170 meters above the sea level and on the 44th kilometer of the Heraclion-Moires road.

Agioi Deka is the seat of the Gortyna municipality. The Vourvoulitis village is a mountain village with 76 residents and, administratively, falls under the district.

In ancient times, the area was very developed as the ancient city of Gortyna was built there.

The oldest reference of the place name of the village is in a 1374 document of the Ducal Records of Chandax. After that, Agioi Deka is stated in many 1583 documents.

The churches of Agioi Deka and Agios Nektarios are in the settlement. The graves of the Ten Saints and the Agia Limni church are near the Agioi Deka church, in the place where the saints died as martyrs. The marble on which they had kneeled in order to be beheaded is kept in a special showcase in the Cathedral of the village. The knees of all the Saints were imprinted on that marble.

There are many chapels and country churches in the area of Agioi Deka as the Panagia Kera church, 1 kilometer in the west of the village, in the archaeological site of Gortyna. That church is also known as Agios Titos. The Michail Archagelos and Agia Marina, Profitis Ilias and Agios Stilianos country churches are also in the area.

The Agios Ioannis church is in Vourvoulitis. 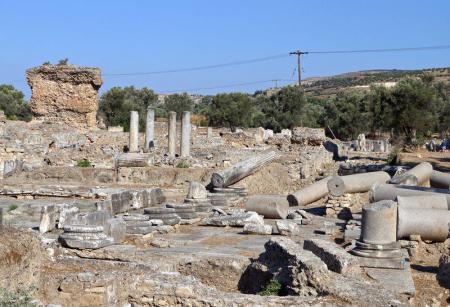