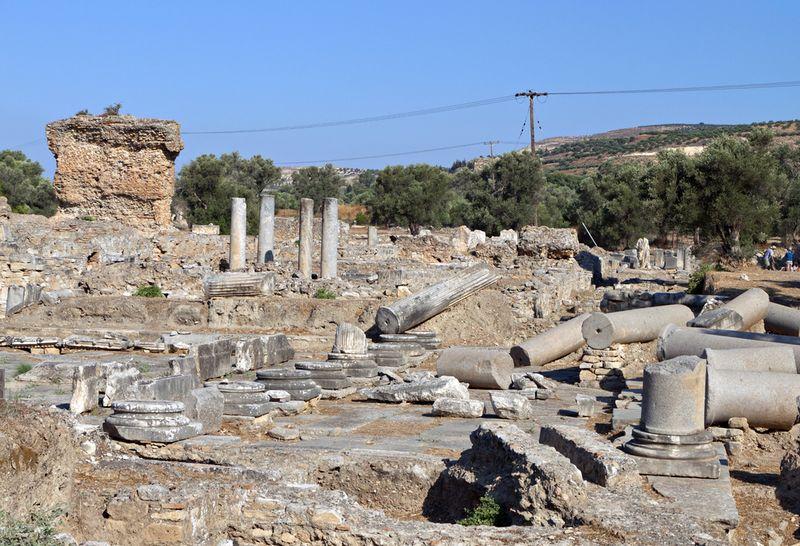 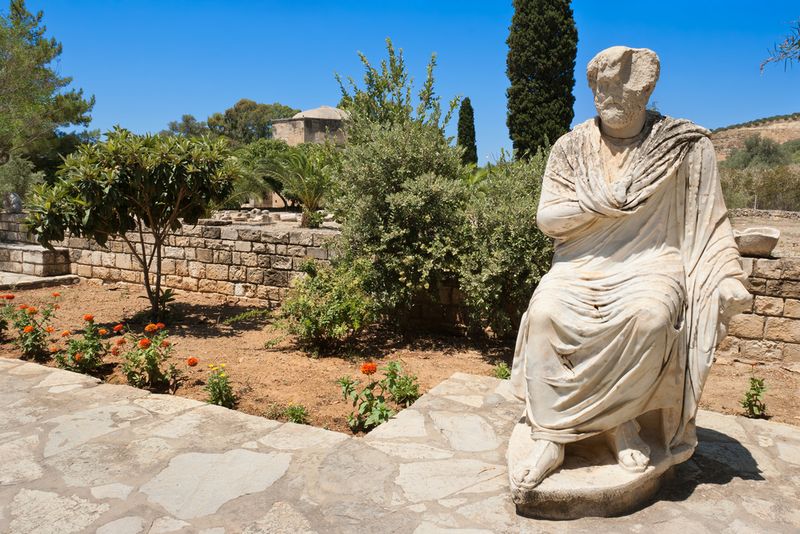 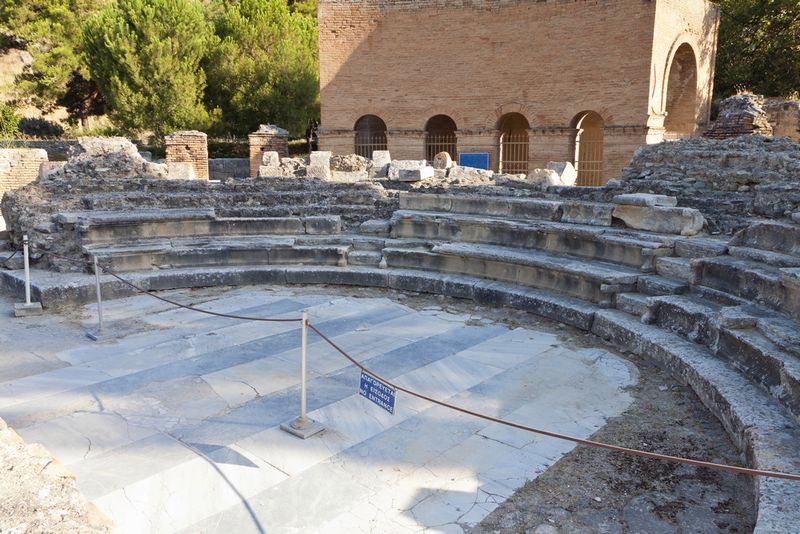 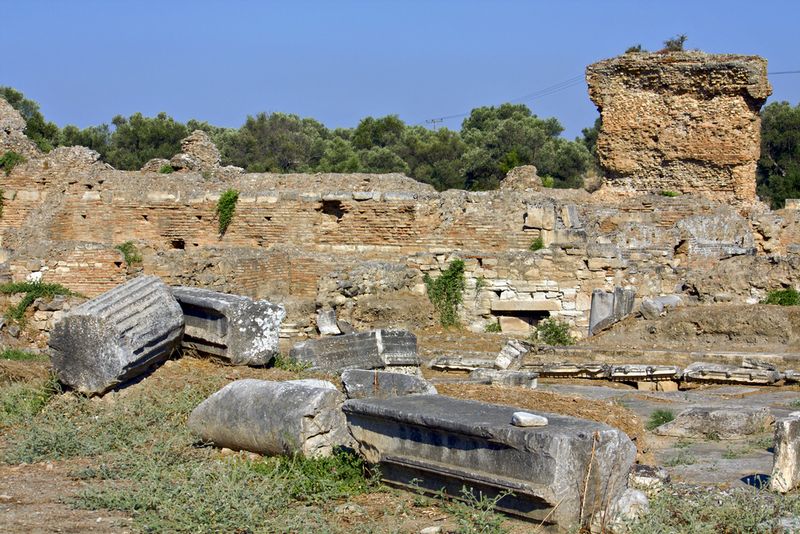 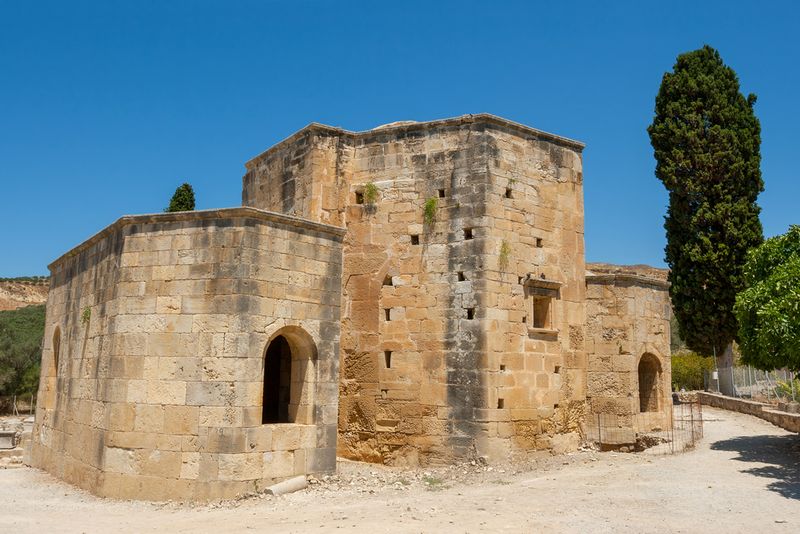 The archaeological site of the ancient city of Gortys or Gortina is 45 kilometers in the south of Heraclion, in the west side of the Agioi Deka settlement. The ruins of the ancient Gortyna city are in an area of 4.000 acres and are visible even only by walking through the fields of the residents of the area.

During the Roman Era Gortyna was the capital of Crete and Cyrenaica (today’s Libya) and had flourished during the Minoan Era. The findings show that the area had been used since the Neolithic Era.

The ancient Gortys was affected by two earthquakes but managed to be re-built. Its almost complete destruction was in 828 A.C., when the Arabs conquered Crete and the capital was transferred to Chandax (today’s Heraclion). Since then the city was not inhabited again.

The stone-built temple from the 7th or 8th century is in the entrance of the main archaeological site. It was built after the total destruction of one of the first Christian churches dedicated to Agios Titos and it is a few meters in the south of the main archaeological site. The Bema is only preserved from the temple and the ruins of the former basilica (with three aisles) can be seen. The church is dedicated to Theotokos.

One of the most important ancient Conservatories of Crete is preserved near the church. It is a common Roman theatre of the 1st century A.C. The use of the Conservatory stopped in the 6th century A.C. as burials started there.

The building where the Great Inscription was found is next to the Conservatory. It is a Law Code of the ancient city of Gortyna from the 450 A.C. and was written boustrophedon. The laws had to do with civil law issues and it is the most ancient Greek Law Code.

Many of the Roman sculptures of Gortyna are in the archaeological site.

The evergreen plane in the archeological site is also worth seeing. It is one of the 50 recorded trees of that species in Crete. The plane of Gortyna is related to the myth of the Europe’s abduction by Zeus.

According to the myth, Europe was collecting flowers in a field together with her friends. Zeus saw her and fell in love with her. Europe saw the bull, got near it and, after she was sure it was not wild, she got on its back. Zeus jumped into the sea very quickly and swam to Crete. Zeus and Europe reached the port of Levinos (today’s Lentas) and walked to the holly plane of Gortyna where Zeus revealed himself and made her a mother of three children who, later, became kings of the three Minoan palaces of Crete.

A sanctuary of Egyptian gods, Apollo’s temple, a Minoan rural house, Roman baths, Acropolis and Praetorium (the largest building of the ancient Gortyna and the seat of the Roman sub-prefect) were also found.

There are three views on the origin of the name of the ancient city. According to the first one, the name came from Gortyna, the son of Radamanthes (king of Festos and brother of Minoas) who built the city. It is also believed that it came from the founder of Gortyna that was from Tegea of the Arcadian Gortynia. Finally, it is also thought that the name came from the queen of Crete and the mother of Taurus, Gortyna. 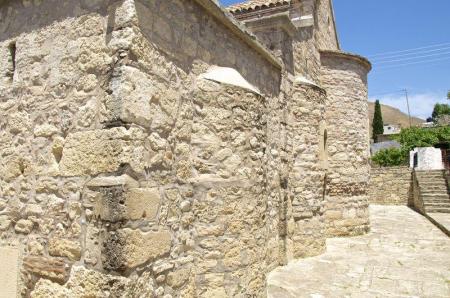 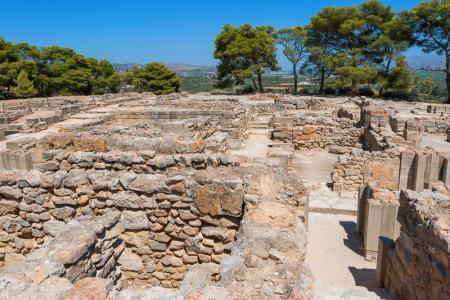