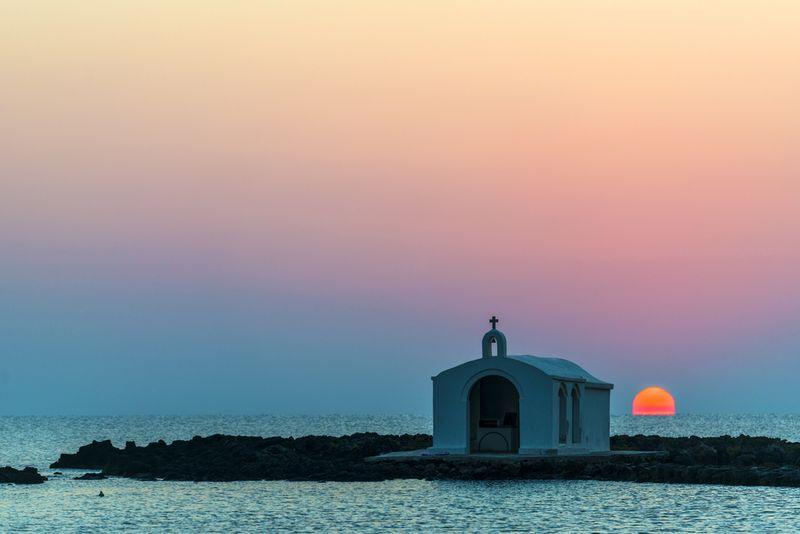 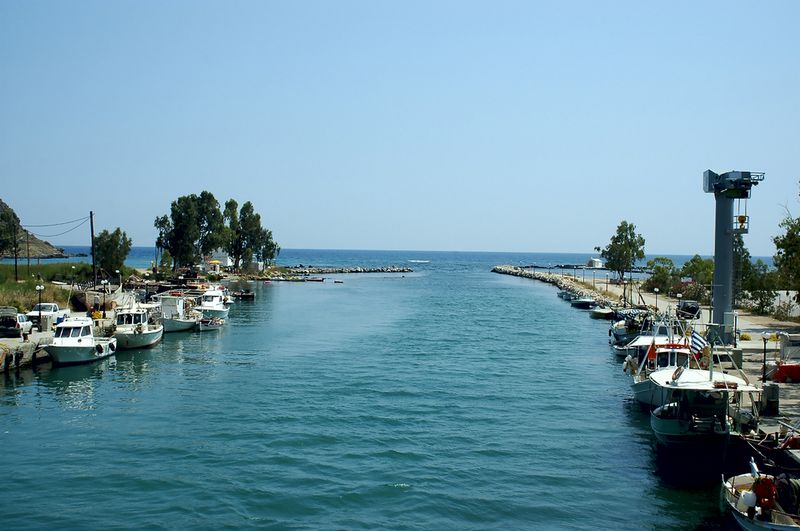 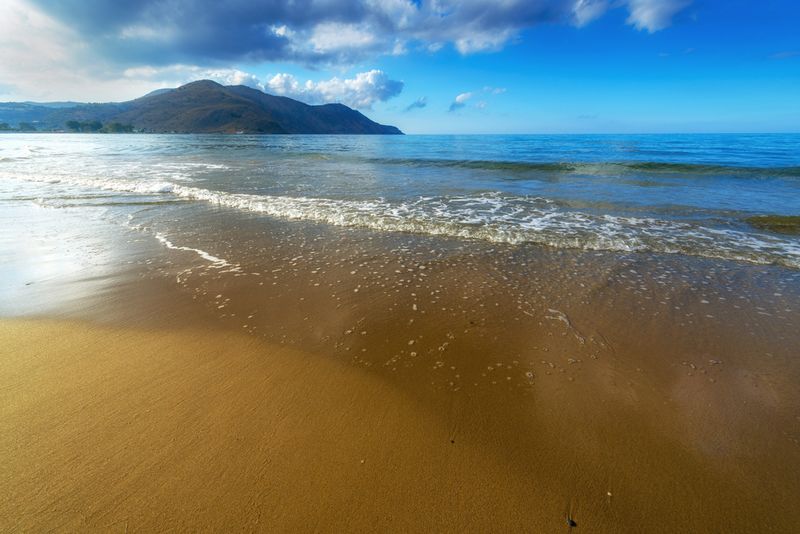 The water that goes through the former Apokoronas province (where Georgioupoli was under) makes the area very green. The high cypresses and eucalyptuses welcome you to the settlement and lead you to the picturesque square of the village. There are many taverns and restaurants in the square where you can sit even in the hot days and enjoy the shade of the trees.

The small port of Georgioupoli is a few minutes from the square of the village. The discharges of the Almiros River and many boats are there. A small lighthouse is in the end of the port and the small church of Agios Nikolaos is in the water and connected with the land through a man-made pier. The large coastal road with the cafeterias and the restaurants starts from the port. The beach of Georgioupoli is in the east of the port.

There are also many shops in the streets of the village.

According to the 2011 census 455 people live in the settlement and their main occupations are tourism and agriculture.

Georgioupoli of Chania is built in the western edge of a big and a 10-kilometer long beach. The beach is in the east of the discharges of the Almiros River that goes through the area and ends to the Cretan Sea.

A smaller sandy beach is in the west of the Almiros River. It is organized and protected by the winds due to its geographical position.

Water sports or horse riding on the sand next to the sea can be done in the beaches of Georgioupoli.

Georgioupoli is built on the ruins of the Minoan Amfimalla that was the port of the ancient Lappa city (the today’s Argiroupoli). Various findings from the area are exhibited in the Archaeological Museum of Chania.

The inhabitance of Georgioupoli began during the 19th century. Then it was called Almiroupoli due to the Almiros River. The name of the settlement changed in 1899 when Prince George came to Crete in order to ensure the union of Crete with Greece.

The name of the settlement came from Prince Georgios (i.e. George) of Greece that was the High Commissioner of the autonomous Cretan State.