The great loves of island 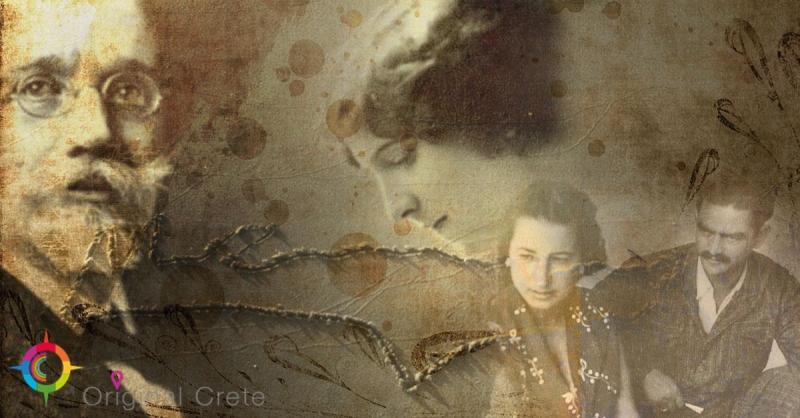 The great loves of island

A despot in the people’s hearts… Yes, that is love! It tears your heart out and leads it to unknown and dark paths that any logical person would not dare to follow. It is magic and death. Its “I” that becomes “we” is its death. How can somebody escape from it but, even if he/she wants to live it, who can deny such a great feeling?

Love is not different from place to place but the conditions are different. In Crete, V. Kornaros praised it through “Erotokritos” expressing the eternal love of a young couple, Erotokritos and Aretousa, that, despite the oppositions and the difficulties of the king, the girl’s father, they manage to live together in the end.

It can also be a sad one, just like the love described in “Erofili” by G. Xortatsis. It is when “together” does not exist only in life but “together” means “forever”. That was maybe what the great Cretan writer wanted to express through his work. The father of Erofili, the king of Egypt, does not accept the love of his only daughter with Panaretos and, after having killed him by cutting his head, tongue and hands off, he also tears off his heart and offers them to Erofili as a wedding gift to the matchmaking he had organized. Erofili commits suicide as she sees that “together” became “no one” because the one in together is nobody.

And how many other writers and poets have celebrated love either in its best form or in its saddest one? Even if the end is a happy one, the road is always difficult and amazing at the same time.

Apart from the fictional stories, there are also everyday stories of love. Everybody can tell you one. One of the most famous love stories of the island is the one that was the reason of almost starting a civil war. It was a love that perhaps no one knew the whole truth apart from the two lovers, Kostas Kefalogiannis and Tasoula Petrakogiorgi.

Kostas was the brother of the Laiko Komma’s MP, Manolis Kefalogiannis, and Tasoula was the daughter of the Fileleftheri’s MP, Giorgis Petrakogiorgis. In 1950 even only that political- ideological difference could start a war in people whose first priority is their dignity.

The short story that we are going to tell was collected by articles of the ETHNOS, PATRIS, ELEFTHERIA, EMPROS newspapers and the books “I Apagogi tis Tasoulas” by Tasos Kontogiannidisand “Amilitia vathia nera” by Rea Galanaki.

Only a look was enough for Kostas Kefalogiannis to fall in love and only his actions were also enough to burn the whole island! On the 20th of August, he "stole" the daughter of Petrakogiorgis together with five men with guns in the OASIS cinema and went to the Psiloretis Mountain.

Petrakogiorgis prepared a whole army in order to attack the people of Anogeia and take back his daughter. In order a war not to start, even the Prime Minister of Greece, Sofoklis Venizelos, and the Athens Archbishop, Spiridonas, interfered to help.

The seriousness of the situation was also proved by the fact that, then, a Military law applied in Crete, severe censorship started to exist in the Press and nine articles of the Greek Constitution were suspended.

The couple got married in the Diskouriou Monastery and it was said that they were hidden in a cave. Kefalogiannis was outlawed as a thief and two battalions of gendarmerie and army moved in the Psiloreitis Mountain. Under those circumstances, the couple surrendered and Kostas was arrested and convicted in 2-year imprisonment. They separated 3 months after his arrest. After that, each one followed his/her path…

Another love of Crete that was written in books was that of Eleftherios Venizelos with Paraskevoula. According to Argiris Ntinopoulos, the writer of the “Adeio nifiko” book, it was a secret and platonic love between the great Cretan politician and the most beautiful woman of Crete.

Their love was during the Modern Greek history when she was still married. The death of her husband led their love to grow up quickly but it did not have a happy ending. The conditions made the couple to follow different or almost different lives.

When Paraskevoula heard about the wedding of Venizelos with another woman, she said “Venizelos, the lawyer, had asked me for marriage not Venizelos the Prime Minister”.

Almost two years after the wedding of Eleftherios Venizelos, Paraskevoula got married again, but she soon got a divorce. Love notes showed that the love of those two did not end despite their marriages to other people…

“Love. It is noun. A very substantive noun, in a singular form, neither a masculine nor a feminine. It is defenseless. In plural, it is the defenseless loves”, Kiki Dimoula.