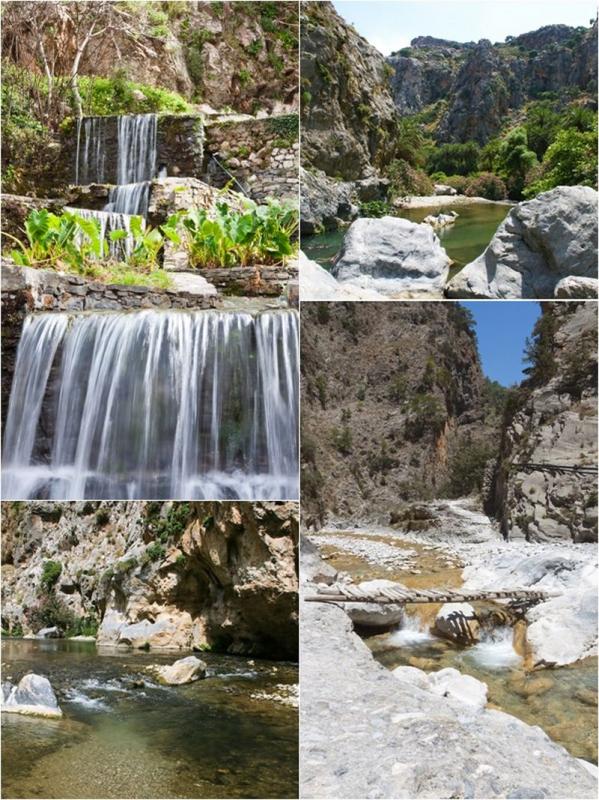 River is a system of internal water that flows on the surface of the earth and a large of its part can be underground. Very few rivers are in Crete due to its small width.

Most of the rivers in Crete have very few water and only during the winter. That is why they can be called torrents that means of periodical flow. There are very few rivers in Crete that do not flow at all (but have flow seasonal changes during the year) apart from the extreme drought situations.

The largest rivers of the island is Geropotamos and Anapodaris, in Mesara, Tiflos and Kolenis in the valley of Chania, Koilaris, Megas Potamos and Kourtaliotis with a very beautiful landscape in its end. Aposelemis is also one of the largest rivers in Crete that has underground water from the plateau of Lasithi and the springs in Fleges of Kastamonitsa. Other rivers of Crete are Almiros, Giofiros and Platis.