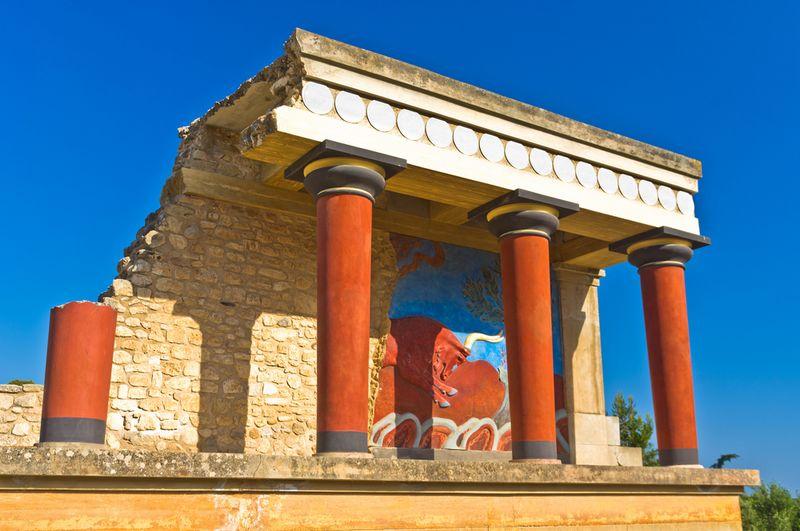 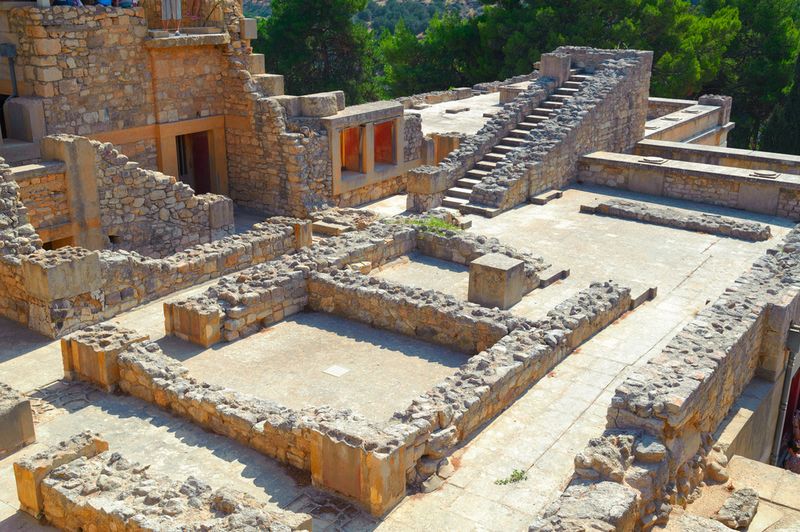 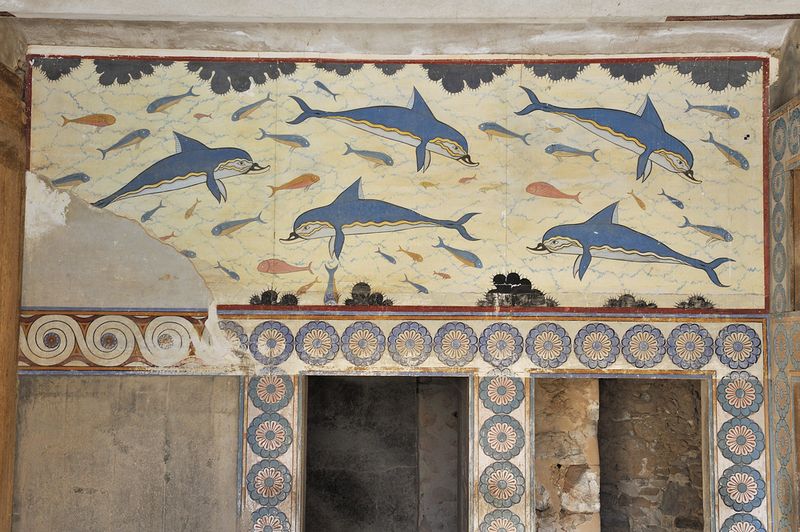 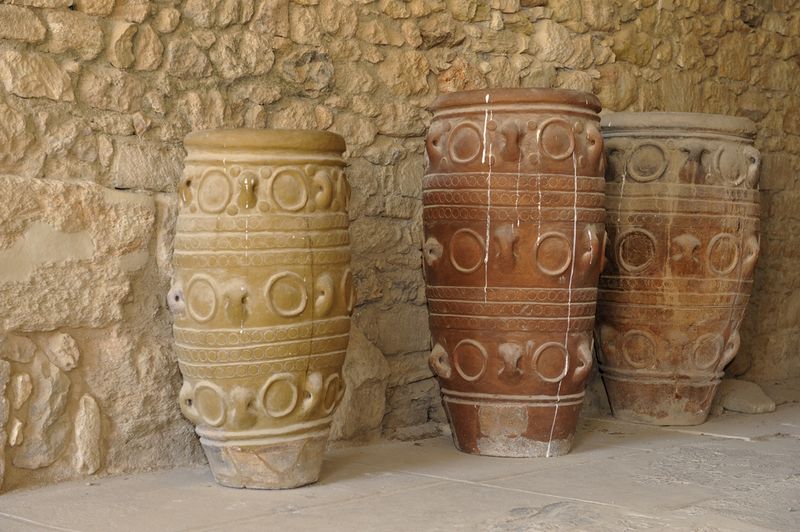 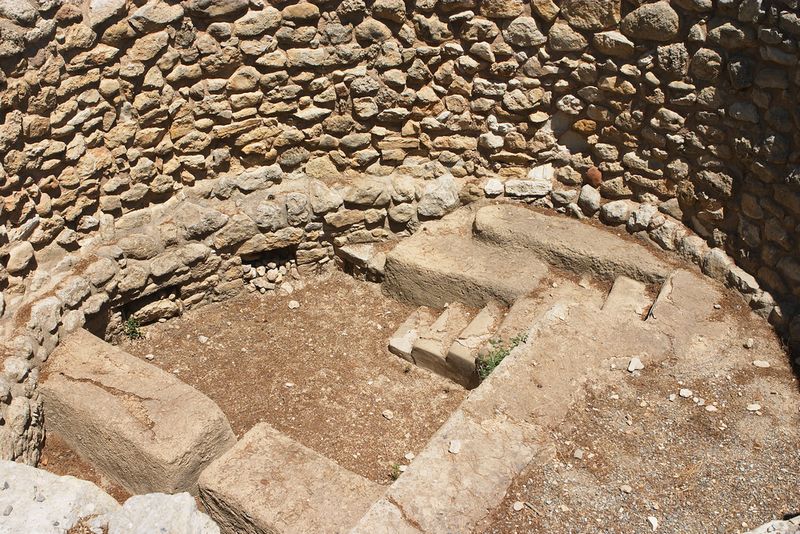 One of the most important centres of the ancient civilization is 5 kilometres to the south-east of Heraklion in a green area with olive trees, vineyards and cypresses and on the Kefala hill. That was Knossos that was the largest and most powerful centre of the Minoan civilization.

The ancient Knossos was inhabited from the end of the 7th millennium till the Roman Years. Its population and power were developed during its existence. Evans estimated that about 80.000 people lived in Knossos.

Knossos was destroyed by a massive earthquake in about 1700 B.C., but it was built again. It was destroyed again in 1450 B.C. After its last destruction, the Mycenaeans moved in Knossos but without building palaces. It was conquered by the Romans in 67 B.C., and they created a colony by the name “Colonia Julia Nobilis”. The “epavli tou Dionisou” (i.e. the mansion of Dionisos) was also built then.

The city was a bishop’s seat during the Byzantine Era and the relics of the Basilica of the 6th century are still preserved. After the Arabs’ conquest of Crete, the port of Heraklion started to be more and more important while Knossos started to be forgotten.

Minoas Kalokairinos found Knossos in 1878 while the excavations started by Evans in 1900.

According to the tradition, the palace of Knossos was the seat of the king Minos.

The architecture of Knossos

The cluster of buildings was in an area of 22.000 square meters and the first palace dated back to 2000 B.C. In the middle of the 15th century, the modern palace was built.

The palace of Knossos is divided into various parts, and each one had a special use. It had many floors, was built with carved stones and was decorated with exceptional frescos of religious ceremonies. It could be accessed through three entrances that were in its northern, western and southern side. Four sections were around the central yard. The rooms of the ceremonies of the upper floors, the public storerooms (18 long and narrow rooms) with the large jars, the sanctuaries, the treasury and the throne room (It consists of the anteroom and the main chamber) were in the western side of the palace. The Western Entrance that led to the Procession Aisle that was decorated with frescos (“The prince of the Lillies”) is in the south-western part of the palace. Propylaea and the Double Horns (one of the sacred symbols of the Minoan religion) are in the left side of the aisle.

Large stairs, the rooms of the staff and a sanctuary led to the royal apartments that were on the eastern side of the palace. One of the most important rooms is the room of the Double Axes and the Queen’s Room with the fresco of the dolphins. The main storerooms and the Zatrikio (i.e. a chess type) Aisle were in the north and east of the queen’s apartment. The various workshops and the royal storerooms were built in the east. “Teloneio”, a tank and a theatre are in the northern section. A Tiled Street begins from the theatre and leads to the small palace. The southern Entrance was in the southern section. 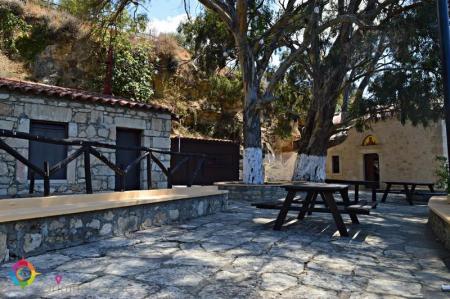 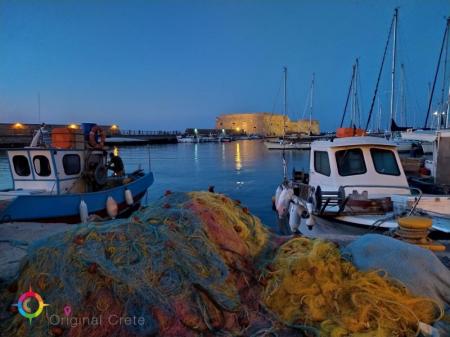 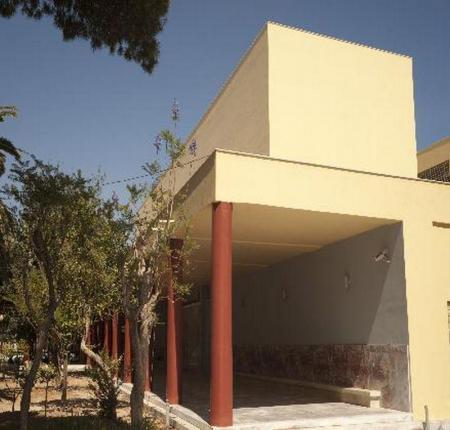