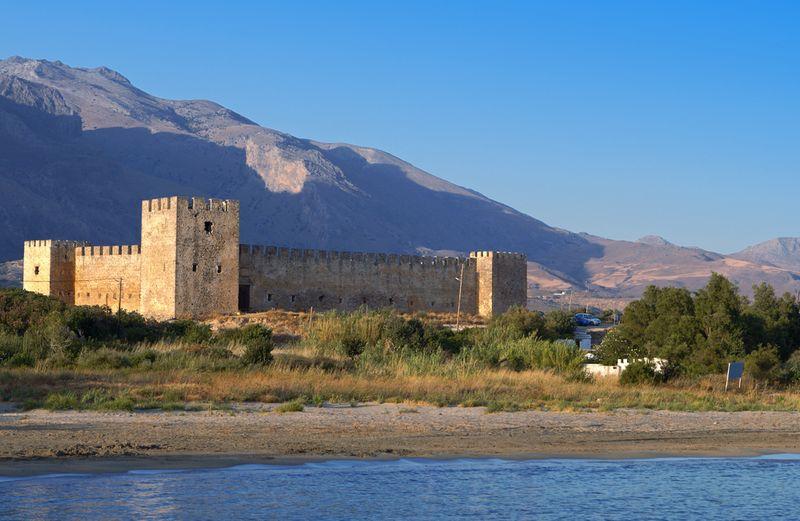 In the beginning the Venetians called it “Agios Nikitas” castle. The name “Fragokastelo” was given by the locals and the Venetians later started to use it too.

The today’s style is about the same with its original, even though it was reconstructed many times as, in 1593-1597, by the Venetian General Controller, Nikolo Ntona, and, in the 19th century, by the Mustafa Naili pasha that had also destroyed it.

Fragokastelo is rectangle with thin walls. There is a tower in every corner and its entrance is in the southern side. The lion of Saint Marcus, the symbol of the Republic of Venice, is on the gate of the castle.

It was also used during the Turkish occupation. The chieftain, Daskalogiannis, managed to take over Fragokastelo from the Ottomans but, later, he was arrested and executed.

The story about Drosoulites has started in 1828, when the chieftain, Chatzimichalis Ntalianis, was in the castle with 700 men. On the 18th of May 1828, the Turk soldiers of Mustafa Nailis pasha fought against the men of Ntalianis but Ntalianis and his men lost. Mustafa Nailis pasha destroyed the castle in order the rebels not to use it again. A few years later he reconstructed it.

In the middle of May to the beginning of June, in the early morning, shadows are seen that look like horsemen and soldiers. This phenomenon is called “Drosoulites”. According to the tradition, the shadows are the ghosts of the men killed in the 1828 battle returning in Fragokastelo. 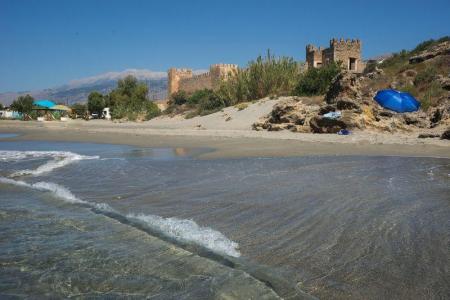