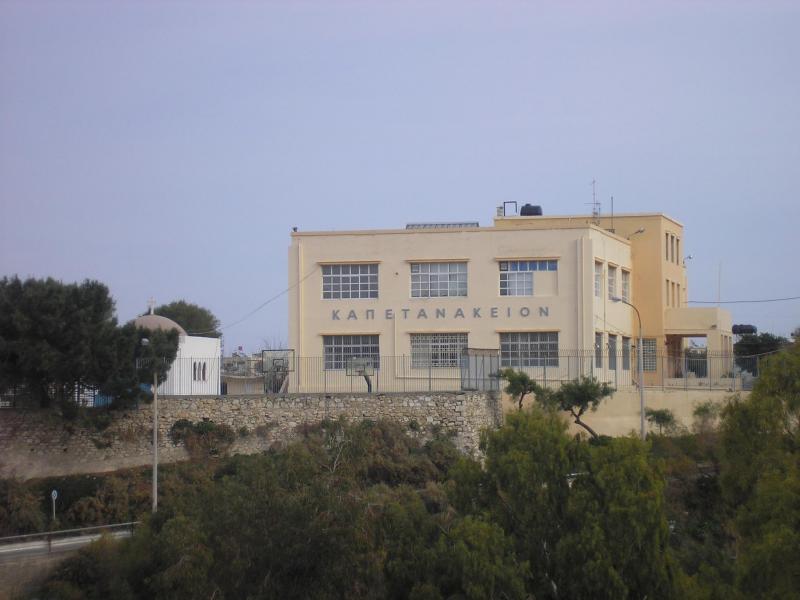 Born in Kamari of Malevizi in 1852, Antonios Kapetanakis studied medicine in Athens and Paris and came back to Heraclion in order to practice it in the Christian Hospital of Heraclion also known as Spitalia or Romeika Spitalia (today the 8th Primary School of Heraclion is hosted there). He got married to Victoria, the daughter of Lisimachos Kalokairinos.

Antonios Kapetanakis died on the 5th of March 1909 due to stomach cancer. In his will he gave all of his fortune to the Christian Society of the city in order a charity institution to be found.

His wife Victoria Kapetanaki accepted his will and gave 2.500.000 drachmas from his personal fortune for that purpose.

The “Kapetanakeio Institution of Antonios and Victoria Kapetanaki” was going to be a poorhouse. It was referred as a poorhouse till 1925 and from 1925 to 1938 as an orphanage with professional and industrial schools for the full education of the orphans. But the money for this purpose was not enough so, in 1948, the building was given to the Ministry of Education in order the Boys’ Gymnasium to be hosted.

Its building started in 1928 and the army office was established there before its walls’ completion. From 1938 to 1940 Kapetanakeio hosted the Garrison Headquarters, the Recruiting Office and the 603rd Infantry Battalion for the safety of the city. When the city was occupied by the Germans, in 1941, they used Kapetanakeio as a concentration camp. After the Germans’ departure the building was used again by the Greek Army.

The 1st (Boys’) Gymnasium of Heraclion was transferred to Kapetanakeio in 1948 and was hosted together with the Greek Army till 1955. The school was in the western wing of the building and the army in the eastern one.

From 1952 to 1958 the Assistant Engineer School (under the National Technical University) was hosted in Kapetanakeio too. After the 1959 earthquake, the Girls’ Gymnasium also stayed in the building for a year.

The position of Kapetanakeio is distinguished as it is in the eastern side of Heraclion, on the walls and, more specifically, on the bulwark of the main fortress of Ak Ntampia moat that was called “Agios Dimitrios”. 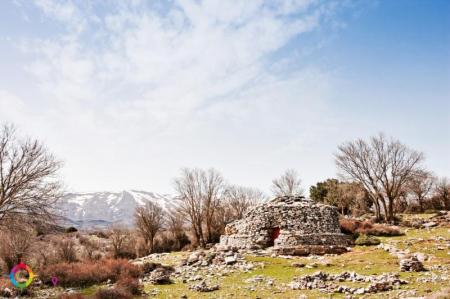 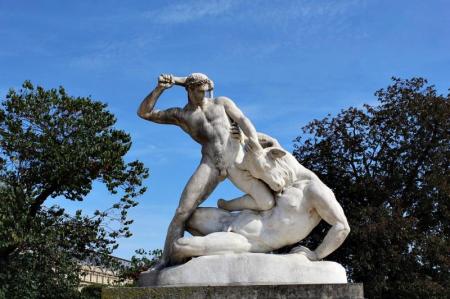