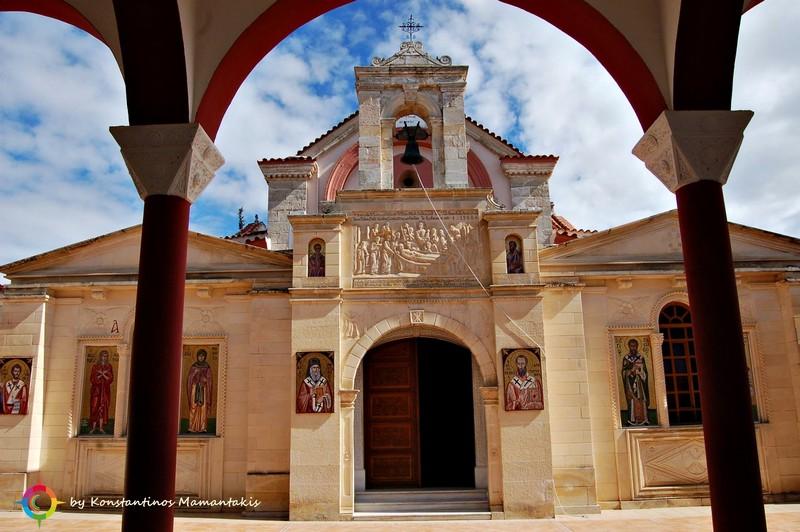 The female monastery of Panagia Kaliviani is in the 60th kilometer of the road from Heraclion to Timpaki, turning right in a fork. It is built 80 meters above the sea level and, administratively, is under the Festos municipality.

The church with the 3 aisles is dedicated to the Birth, Annunciation and Dormition of Virgin Mary.

Workshops of sewing vestments, Hagiography, Weaving, an Ecclesiastical and a folklore Museum, a primary and a nursery school for the children of the institutions and of the area are also in the monastery and a camp for the holidays of these children also works in Kokinos Pirgos.

A Byzantine male Monastery was in the place where Panagia Kaliviani is now but it was destroyed by Turks and its monks became martyrs. The small church of Zoodochos Pigi from the 14th century is only preserved today. The wonder-working icon of Evagelismos was found in the Zoodochos Pigi temple.

During the Turkish Occupation the area belonged to Xousein Vrazerdade and, after the interventions of Metropolite Meletios, the governor of Crete, Reouf Pasha, ordered Kalivia village to buy it.

The construction of the new church began in 1911 and completed in 1924.