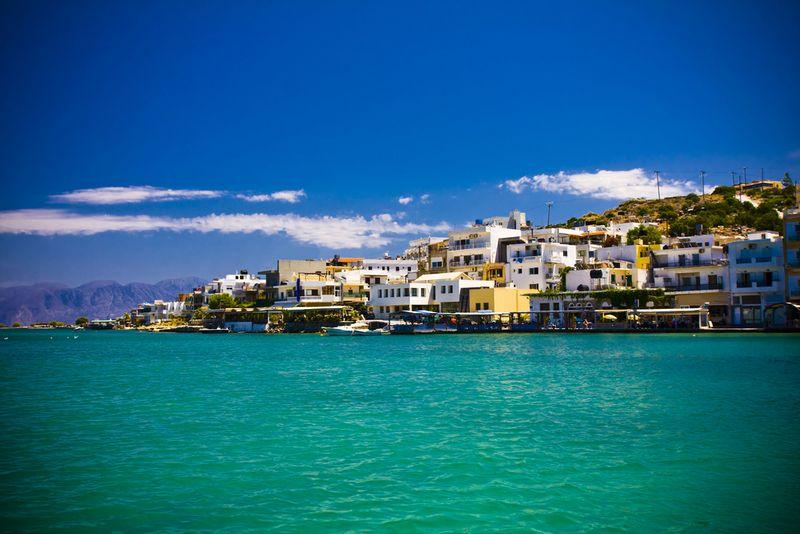 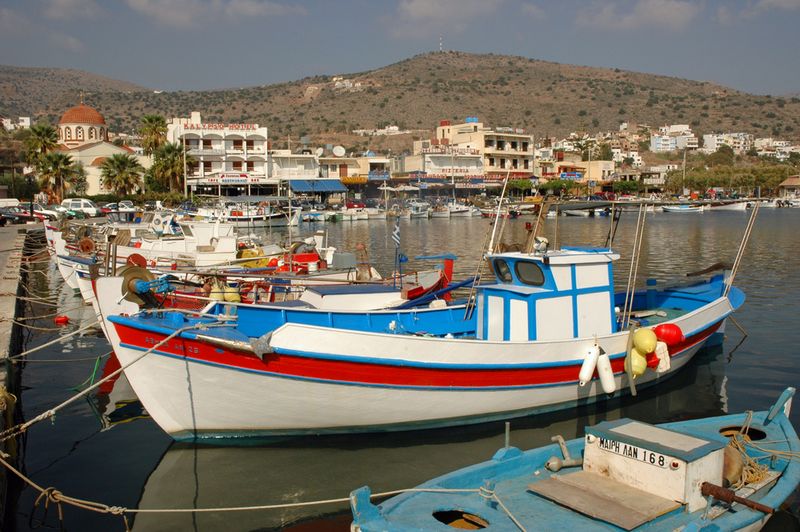 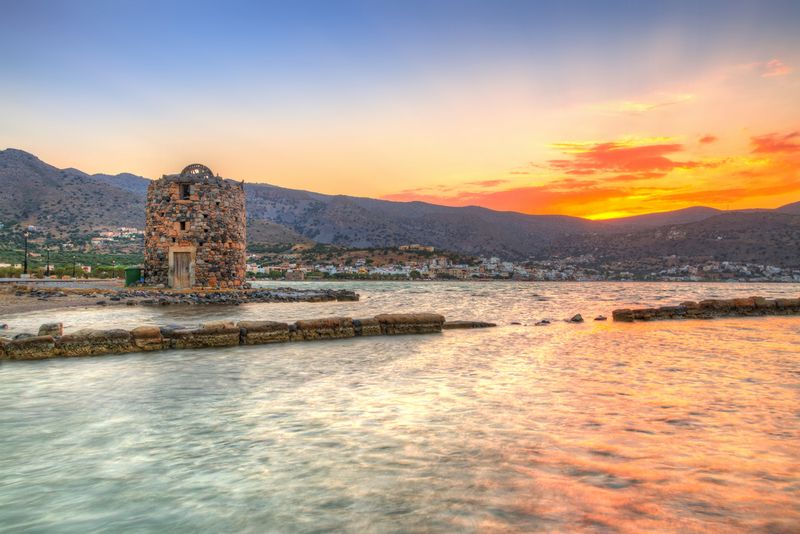 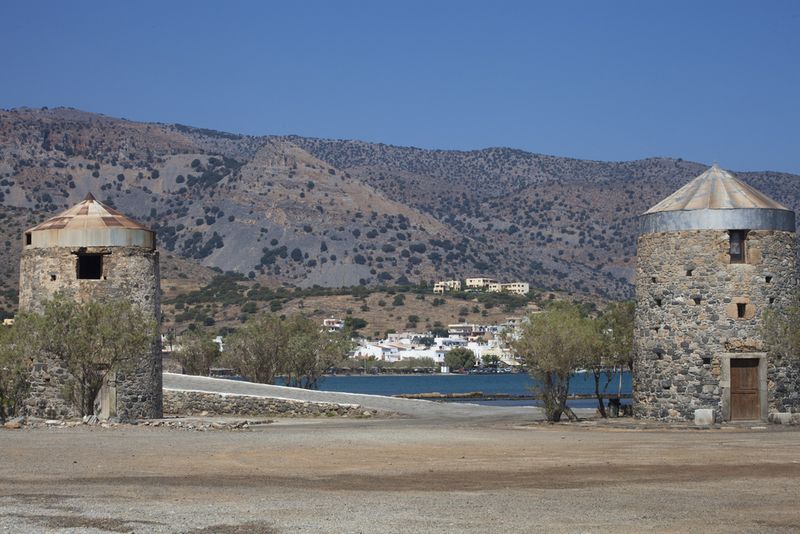 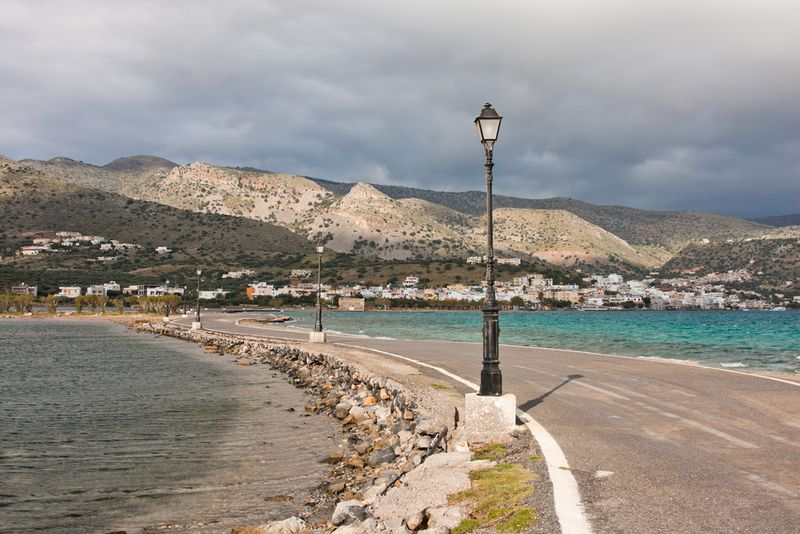 The amazing and magnificent Elounta is known for the powerful and famous people from all over the world that visit it. Its beaches, its clean, blue sea, and the great environment make many people to visit it.

There are many luxurious hotels in Elounta that are included in the 100 best hotels in the world. Elounta is said to be the area with the most 5-star hotels.

The prices (not in those luxurious hotels) are about the same with the rest of the hotels in Crete. So there are rooms and hotels in all prices in Elounta. The area is not recommended to people that want an intense night life and isolated beaches.

Elounta is about 10 kilometers from Agios Nikolaos, in the southern shores of the Elounta bay and 1 kilometer from the ancient Olounta or Olous city. The picturesque Plaka village is in the north of Elounta. The famous small Spinaloga Island is opposite of Plaka.

In order to visit the Venetian salt pans, you should follow the south-eastern coastal road to Kolokitha. Stone, low walls are in the right of the narrow road that connects Elounta with the Kolokitha peninsula. The salted sea water went there, evaporated and only the salt remained. The Venetians collected it, put it in ships and traded it in foreign countries. The Venetians had the monopoly of salt and its price was very high. The old water mill is at the end of the bridge.

2.200 people live in the area and their main occupations are tourism and fishing.

Blue flags are given to the beaches of Elounta by the European Union every year. There are many beautiful, clean and worth visiting beaches in the area.

The central beach of Elounta is in the north of the port, organized and near its center. The sandy beach is municipal and there are facilities of beach volley, water sports, a playground etc. Many pebbly and stony beaches are in the north, on the coastal road to the picturesque Plaka. There are beach bars in some of them.

A smaller than the central beach is in the eastern side of Elounta. It is sandy, organized and very close to the small isthmus that connects Elounta with Kolokitha.

The pebbly and awarded beaches of Chiona and Poros in Plaka and the Kolokitha beach (with the blue-green water) are also near Elounta.

A few ruins of the ancient Olous city are preserved near Elounta. Olous was one of the 100 most important cities of the ancient Crete with 30.000 residents in the Minoan Era. Its governing system was “eunomia” (i.e. rule of law), a form of democracy.

Talaios Zeus, Apollo and Vritomartis (with a temple dedicated to her) were worshipped in Olous.

The city had its own currency. Svoronos stated that it had 11 different types. Artemis Vritomartis in the one side and Zeus with an eagle or a dolphin or a star in the other were represented in most of the coins. Flourishing of Olous also continued in the first Byzantine Period. That can be shown by the Basilica of Poros with the exquisite mosaic and the Basilica of Kolokitha with the beautiful white marbles.

Human life existed in the ancient Olous city from the Minoan Era. The largest part of Olous emerged from the sea and its sinking in the Elounta bay can be seen.

The first reference of Elounta was in a 1376 document.

The Turks had conquered Chandax in 1669 but Spinaloga resisted for 46 years. The rebels found shelter there. Moving in Spinaloga and Elounta was prohibited in 1715, when the Turks conquered it. People moved in the settlements (Pano, Kato Elounta and Mavrikiano) permanently in the middle of the 18th century.

Elounta was burnt in 1823 by Chasan pasha. The residents joined all the Revolutions against the Turks and the boycott of the Spinaloga fortress. 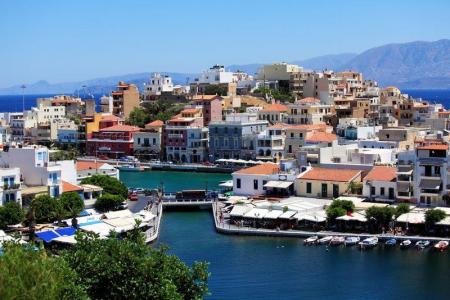 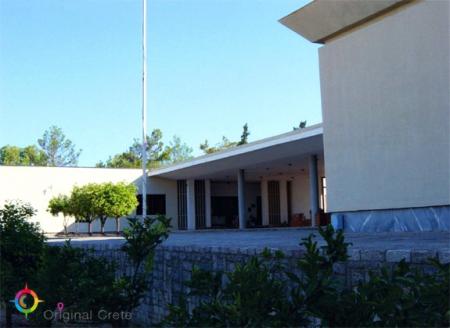 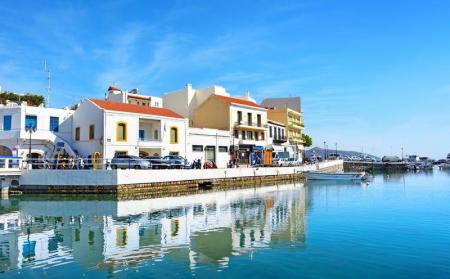 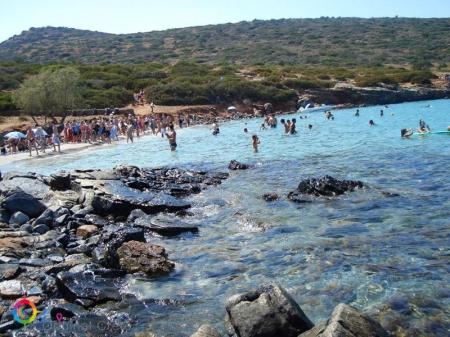 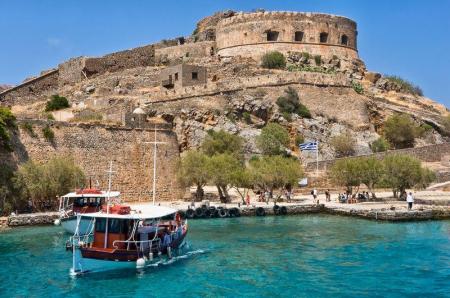