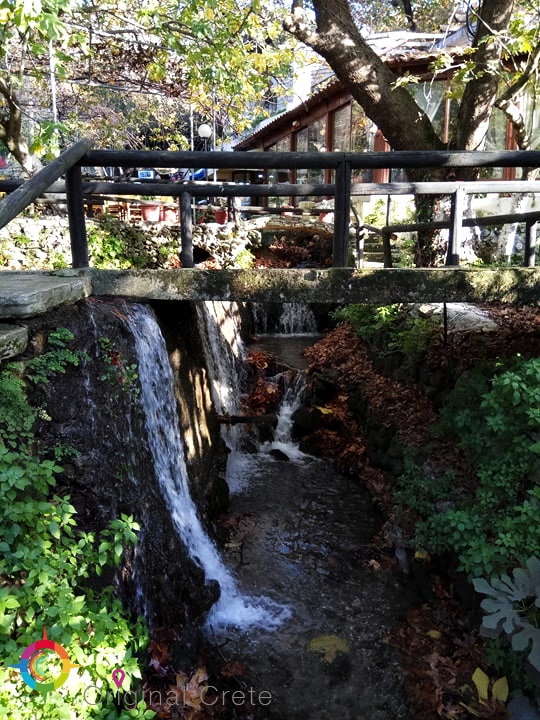 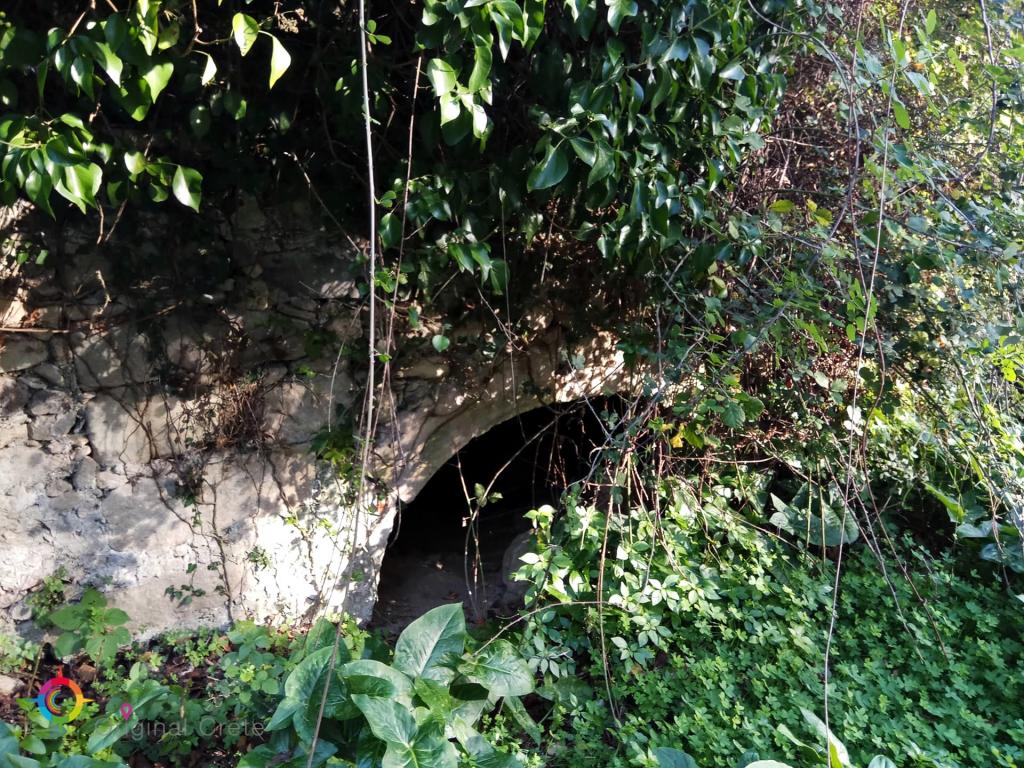 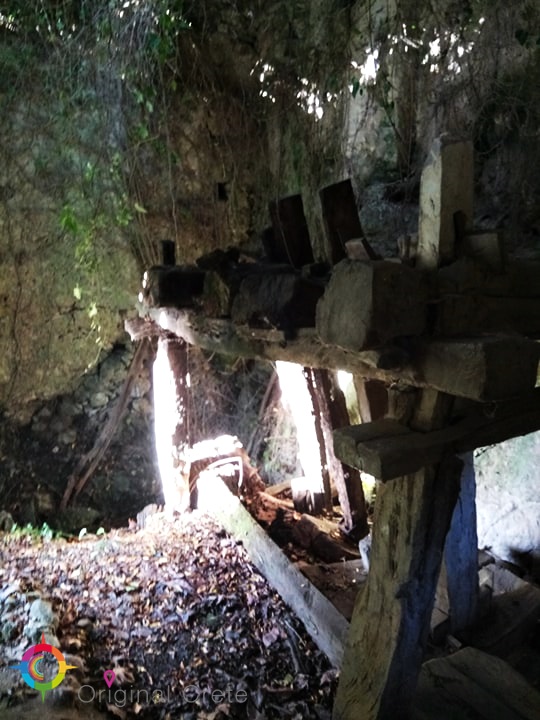 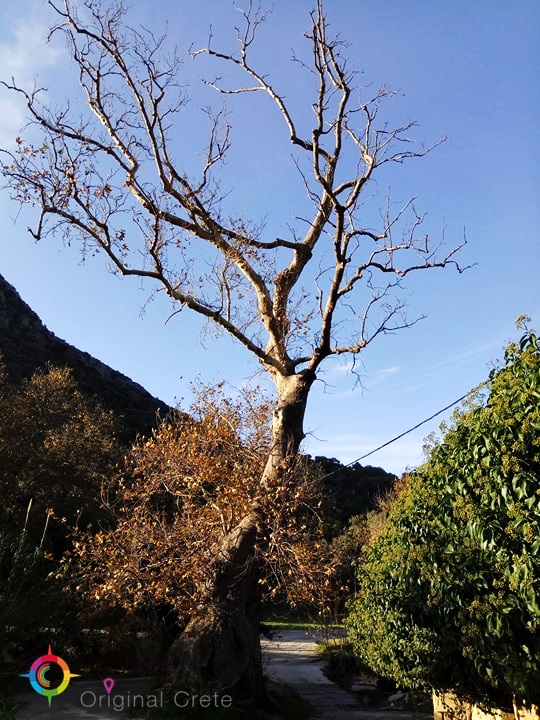 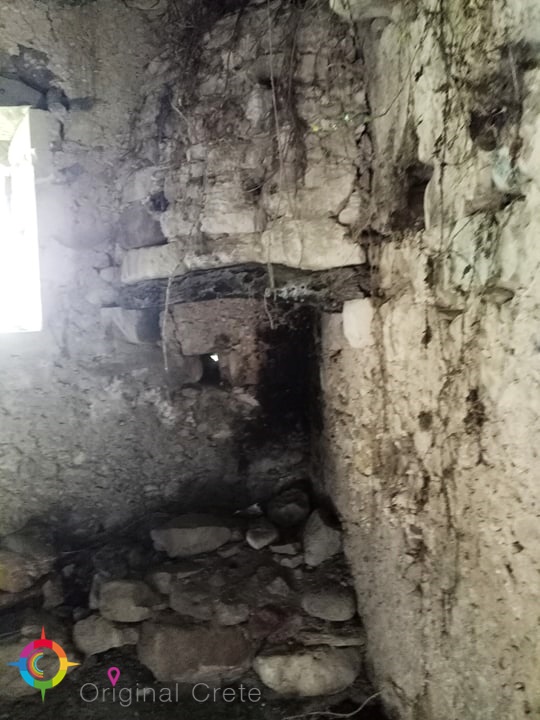 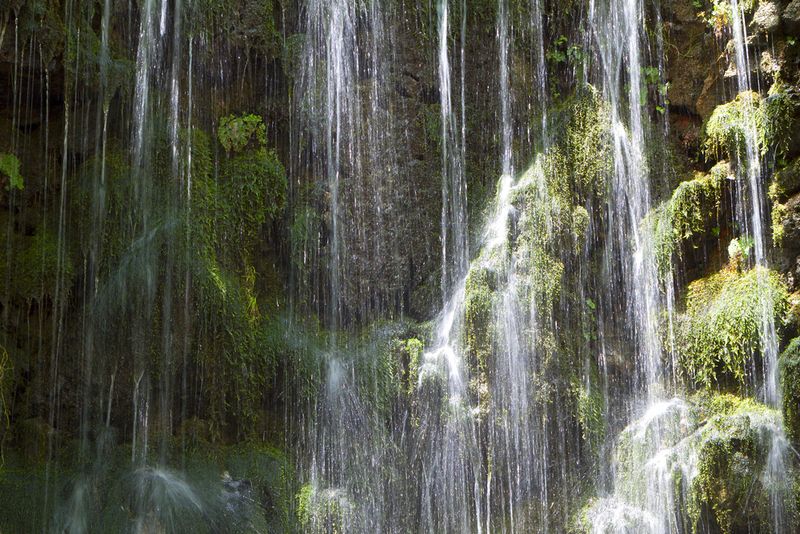 Argyroupoli is one of the most beautiful villages of the Rethimno prefecture, on the hill between the springs of the Petre and Mousela Rivers after which the names of the two valleys of the area were named.

The village is built amphitheatrically in the place where the ancient Lappa city was. Many ancient architectural parts are one with the walls of the houses of the 400 residents of the area and many buildings of the Venetian architecture are also in the village. The mosaic floor of an ancient Roman residence is preserved in Argyroupoli.

The running water in the green area of Piges and the carved graves in Pente Parthenes are some of the characteristics of the area.

Piges is an area very close to the village through where a lot of water passes and small waterfalls, lakes and brooks are created. Many watermills have been built in the area where the grain was grinded in the past. The perennial plane trees and some indigenous green plants are also characteristics of the beautiful landscape. There are many taverns and cafeterias in Piges. The small church of Agios Ioannis and Agia Dinami in a cave is also worth visiting.

A carved grave on a rock from the Roman Era is very near the village, in Pente Parthenes. The small church of Pente Parthenes with the perennial plane tree is next to that grave. The E4 Argyroupoli-Agkouseliana European Path also passes through the area.

There is also an impressive path that connects Argyroupoli with Asi Gonia. It is a part of the European path, Kalikratis-Asi Gonia- Argyroupoli.

The visitor can spend the night in Argyroupoli as there are many rooms to let in the area.

The history of the village is identified with that of the ancient Lappa city.

The General Conference of the Cretans about the Union of Crete with Greece was held in Argyroupoli in 1867 and 1878.

The churches of Panagia, Agia Kiriaki and Agios Nikolaos are in Argyroupoli. The small church of Agios Ioannis- Agia Dinamis is built in a cave in Piges, near Argyroupoli. It is said that the water that passes through is healing.

The small church of Pente Parthenes (i.e. five Virgins) is also near the settlement. The five Virgins, Thekla, Marianna, Aithana or Athina, Martha and Maria are believed to have died there.

The story of Argyroupoli is related to the Five Virgins. According to the tradition, five girls from the area found shelter in the carved graves of the Roman cemetery. They were so famous that a very large number of people visit them in order to take their blessing.

After many years the virgins died and were buried in old graves of the cemetery. Holy water started to flow from their graves and, after that, they started to be celebrated every Tuesday after Easter. The believers visit the graves of the virgins in order to take holy water that they keep in their iconostasis and drink without having eaten anything. The elderly sprinkle four drops of the holy water in the four corners of their house or in their fields.

The soil in the graves of the virgins is also said to cure formicaries. 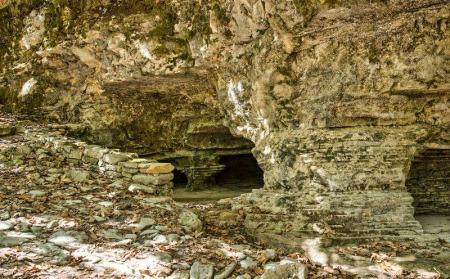 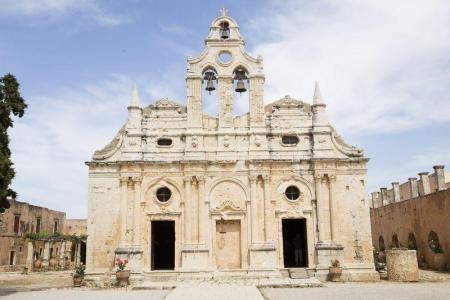